Top shelf hunting & companion dogs. The sire Palouse Prairie Jack Flash is a 3x National Shoot to Retrieve Association NSTRA Field Champion. He has competed in 9 states, finished 1st in the entire Northwest region for 2018, 7th in the Nation for the 2019 Purina endurance trial. His competitive achievements are lofty, but he also displays his talent with wild birds, earning his place on the foot of his owners bed. His owner is a life long hunting dog enthusiast & has won NSTRA dog of the year. B.B. the dam hails from Crosswind Kennels in Maybe, MI she was pick of the litter by ever successful Scott Townsend, not trialed but is part of our family & hunts in the Northwest. This is her 4th litter with Jack, the pairing has been magic, producing 40 hard hunting family dogs. We often are told by customers “best dog we’ve had!". Pups have been placed across the spectrum with the management from Idaho's premiere hunting preserve Flying B Ranch to urban Jogging companions. $1000 each, located near Rosalia, Washington. Call 509-288-0691 or 509-523-4833 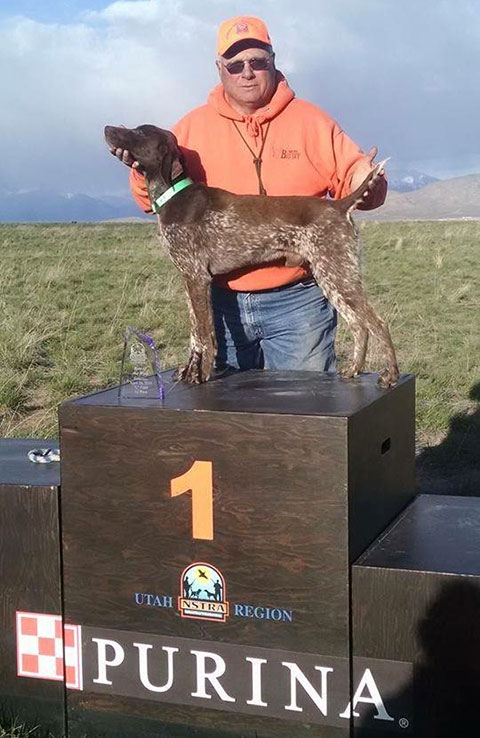 Born April 8, ready for forever homes. Up to date on shots, wormer and are vet checked. Socialized from birth, will weigh 20ish lbs. when fully grown. Check our web page baldyviewboxers.weebly.com, text is best or call 208-987-0326 or 513-659-1746, PlummeRead More