Last weekend was the annual opener of the lowland trout lakes, and in spite of some rainy weather there was a good turnout at the most popular lakes in the region. Department staff were out and about doing creel checks and the results were pretty good overall. 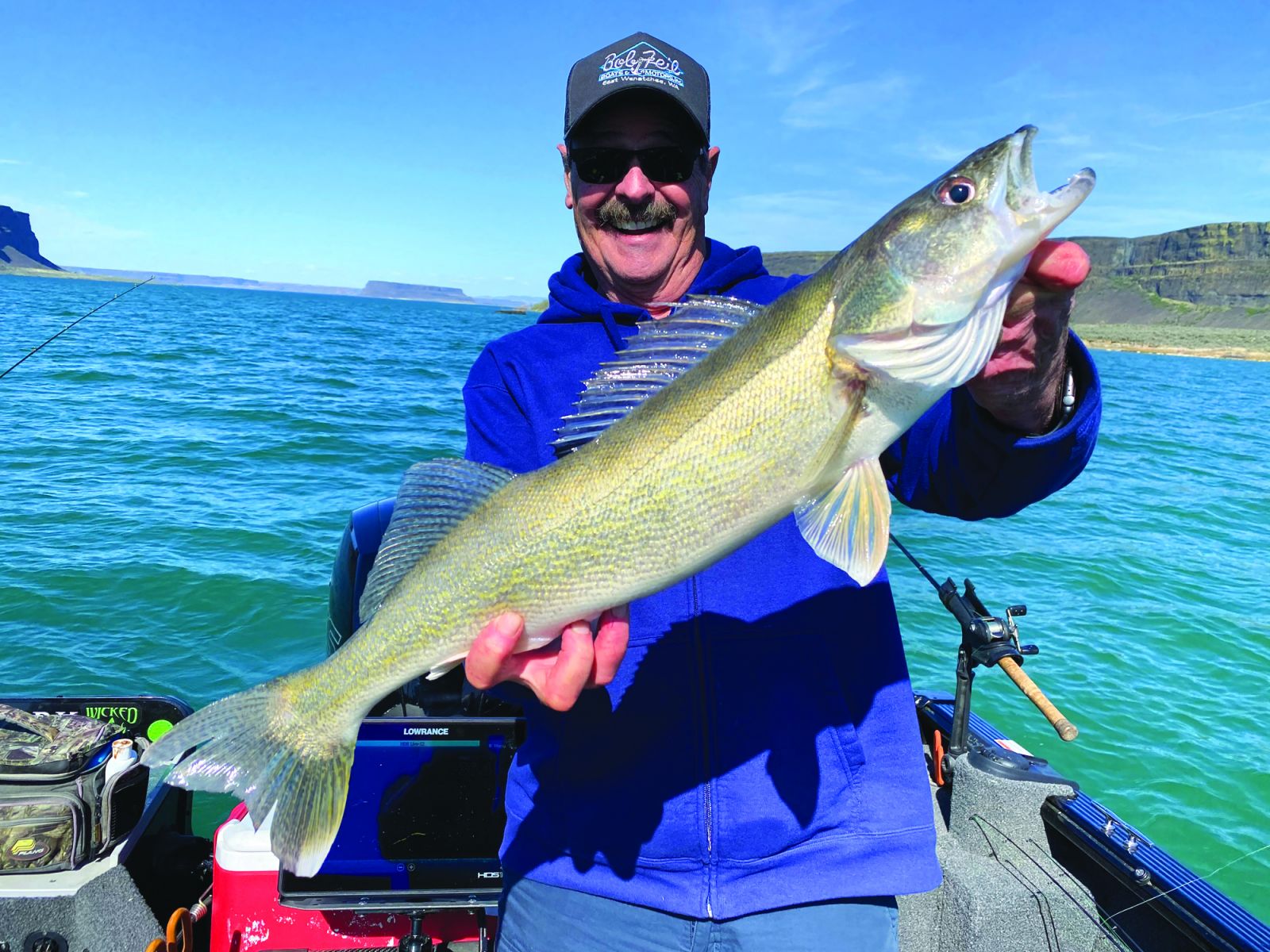 Jameson Lake produced as expected, with many anglers limiting, and carryover rainbow were taken to 18 inches. I want to remind folks that although a fire swept through here last summer, Jack’s Resort is open. There is limited food service, but the RV park is open, and you can still get one of their famous pies.

The only lake checked in Chelan County was Wapato. Anglers got near limits for the most part, and there were carryovers of 17 inches landed here.

Grant County Lakes, particularly Park and Blue attracted major crowds on the first weekend of the season, and anglers weren’t disappointed. Blue Lake produced lots of limits this year, mainly at the south end of the lake. The shoreline is crowded with anglers fishing right next to the highway every year on Blue Lake, and they did exceptionally well, especially at the southern-most end of the lake. This year, good numbers of carryover rainbow were included in the catches. Fishing wasn’t quite as good at Park Lake, but many carryovers were included in the catches here, as well.

In Spokane County the overall numbers of fish taken wasn’t high, but the quality of the fish landed was very good. Waitts Lake produced rainbow and brown trout to 18 inches. Badger Lake was the best lake on the opener in Spokane County as far as numbers of fish taken, and there were rainbow up to 22 inches landed here. Clear Lake was also a good one, with carryover rainbow to 20 inches. In Lincoln County Fish Trap Lake was very good. Anglers filled stringers with rainbow of 14 to 18 inches, and carryovers here averaged 19.5 inches.

My great ideas for a fishing trip don’t always turn out. I talked my friend Brian Neilson into taking me to Banks Lake on Wednesday to fish for smallmouth. I saw so many big ones turned in at the Banks Lake Triple Fish Challenge I thought we would slay them. He agreed to go—if we could also spend some time fishing for walleye.

We started our day fishing for walleye around Steamboat Rock. There were several boats fishing in this area, and we got our nightcrawler tails chomped off but didn’t hook anything. We made a pass on Barker Flats but didn’t mark enough fish to keep us there very long.

So, we ran down lake to one of my favorite areas to fish for bass. It was slow. I just had one chaser and Brian lost a big one next to the boat.
We were just across the lake from Rosebush, so we hopped over there and put out the bottom bouncers and Slow Death Hook rigs, and I ran a worm harness with that Blue Tiger Turtle Shell blade I like to troll at Banks. We hadn’t trolled far below Rosebush when Brian’s rod went down and after a good struggle I netted his 21-inch post-spawn walleye. We ran back up and this time he hooked a 23-inch walleye. When I reached into the mouth of this fish to get the hook out it clamped down on my hand! Brian had to pry its jaws open to get my hand out, and the teeth on this big fish raked my fingers and left me bloody.

Not to be outdone, on the next pass I landed a 25-inch walleye. In a very short time, we put some dandy post-spawn male walleye in the live well. Turns out the walleye fishing saved the day. I want to get back up to Banks now that I know that the walleye are coming out of the spawn. This week’s photo is of me with the big walleye.

The Banks Lake Triple Fish Challenge took place last weekend, and it was the best ever. Warm weather and calm waters greeted the nearly 80 folks that signed up for the event. The volunteers from the Grand Coulee Dam Area Chamber of Commerce did an excellent job organizing the fishing derby—gathering up prizes and managing the two derby without a hitch. There were lots of people from the local community who helped out, and a special thanks went out to Rachelle Haven at the Chamber and Nic Alexander was recognized for his work on the event.

This was the ninth annual Banks Lake Triple Fish Challenge and the first time that the grand prize, a four person Achilles inflatable boat was awarded to an angler that caught all three species in one day. Rusty Stanley took home that grand prize, and there was cash and prizes handed out in both adult and youth divisions. This derby is one of my favorites as it is something so many local businesses help make happen. I see more families and youngsters participating in this derby than most others I attend. Well done Grand Coulee Dam. Looking forward to next year!

I put some finishing touches on the new Smoker Craft and I’m eager to get it back out on the water. My first trip will be to Lake Chelan to see how the kokanee fishing is going. I hear that it is good, and the fish have moved down below Wapato Point.

The following trip will be back to Banks Lake and I hope we can find some of those big post-spawn males that Brian Neilson and I caught last week. Things are about to take off here, and I hope the same is true at Moses Lake. I got some photos from Austin Moser showing some big post-spawn walleye he is getting on Moses. I love Moses Lake this time of year, and I think Potholes should be producing much better now, too.

I will keep you posted on how I do on these lakes in our region. What a great time of year!

Back to Fishing Magician Articles