From Our Home to Yours

From Our Home to Yours
By "Sunshine" Shelly Monahan-Cain

January 24th is Change A Pet’s Life Day! If you’ve ever adopted an animal you know how amazing it is. Our daughter Makenzie and her boyfriend Cody live in Alaska and very recently adopted a badly neglected puppy. If you can find it in your heart to give an animal in need a new home...you’ll feel a love on a whole new level. Here is Makenzie’s story... 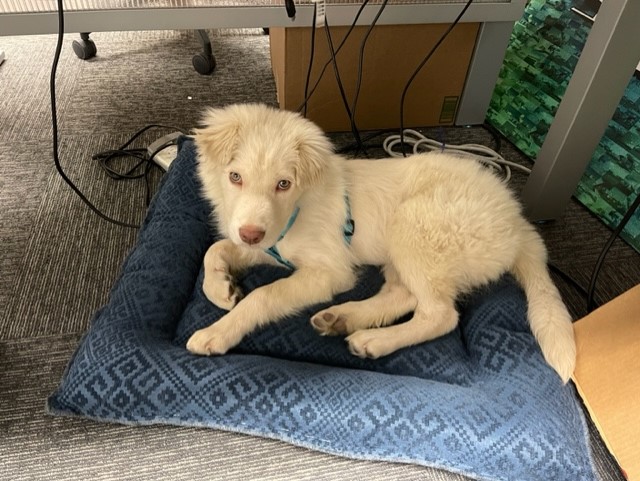 “My boyfriend thinks I’m crazy. Well heck, everyone might! I just adopted a fourth dog, bringing our household to two cats, two humans, and yes, four canines. Here, let me tell you the whole story.

I work at Lynden Air Cargo in Anchorage Alaska. We started servicing the village of Emmonak in March of 2022. A local animal rescue operation works with a dog catcher in Emo, they go by the name of Best Friends Animal Rescue, BFAR for short. Ever since we started scheduled service out there, we have been bringing dogs back weekly. It’s a great non-profit who rescues many pups! I see a lot of dogs come back from the village. Well on the night of November 28, 2022, we received a message from our out station that an “injured puppy” was coming back on the plane.

The puppy was so badly neglected that she had an embedded collar in her neck, clearly she kept growing and the collar was never loosened. She also had cuts, scratches, and scrapes everywhere. I fell in love with that little all white, blue eyed, scruffy puppy that night. I contacted BFAR as I held her in my arms.

Once she had healed up, had been fixed, had her shots, I applied to adopt her and found out next day I was approved. We brought her home on December 20. My mom had already helped me pick out a name, Kaya which means mountain which is fitting since when we’re not working we’re skiing Alyeska! 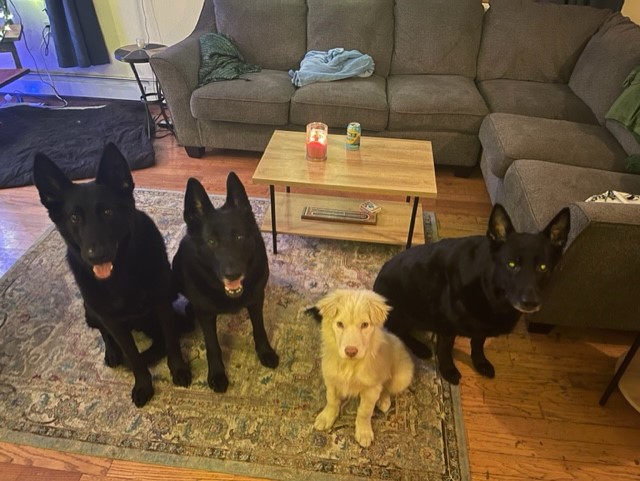 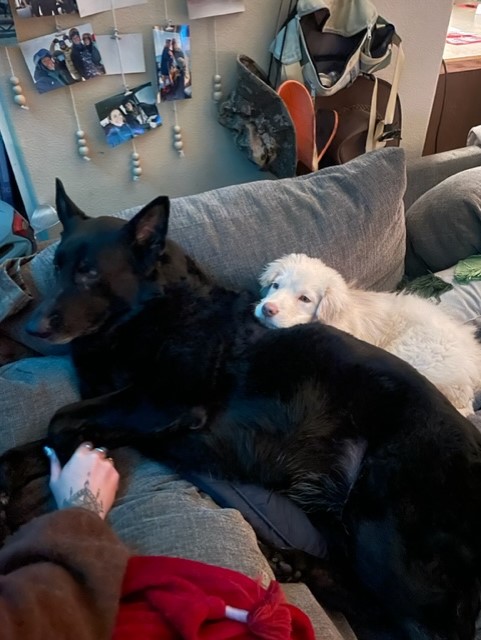 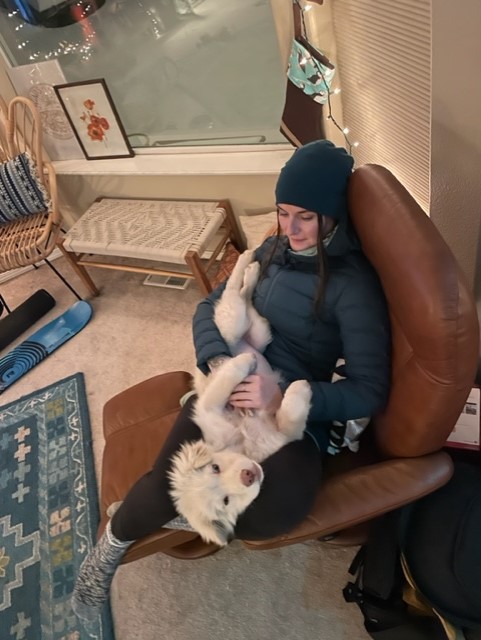 As I sit here on my couch and I write this, I have three eight-year old all black German Shepherds, and one “not going to be so tiny” all white puppy all

fast asleep beside me! We think Kaya is part Husky and Great Pyrenees, other than that, who knows! I just had to throw off the norm, with our “white sheep of the family rescue pup”. Who I might add, has totally hit the jackpot with us, she is very loved already."

Well that’s our daughter Makenzie! Our rescue dog Maude has now passed over the Rainbow Bridge, but the time we had with her in 2020-2021 was SO amazing. Steve and I truly believe an animal KNOWS when you’ve rescued them, they just know!

Here’s to a wonderful 2023 for you. Thank you so much for allowing us to be a part of your lives and share a part of ours.

Maude is pictured below 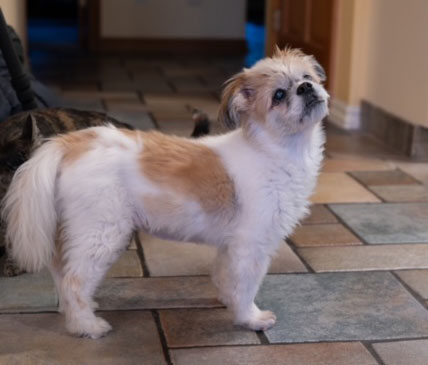 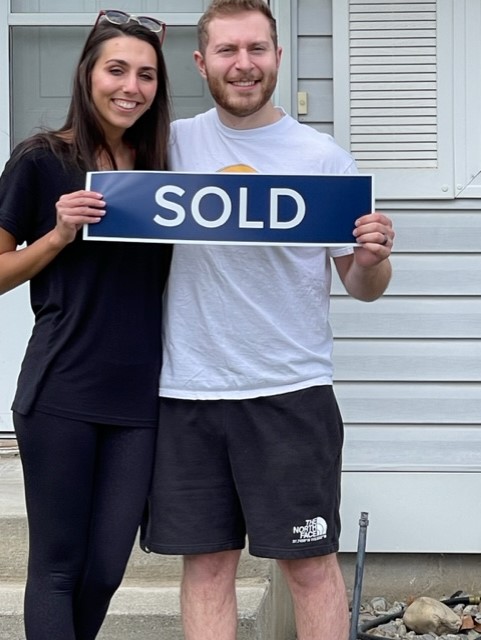 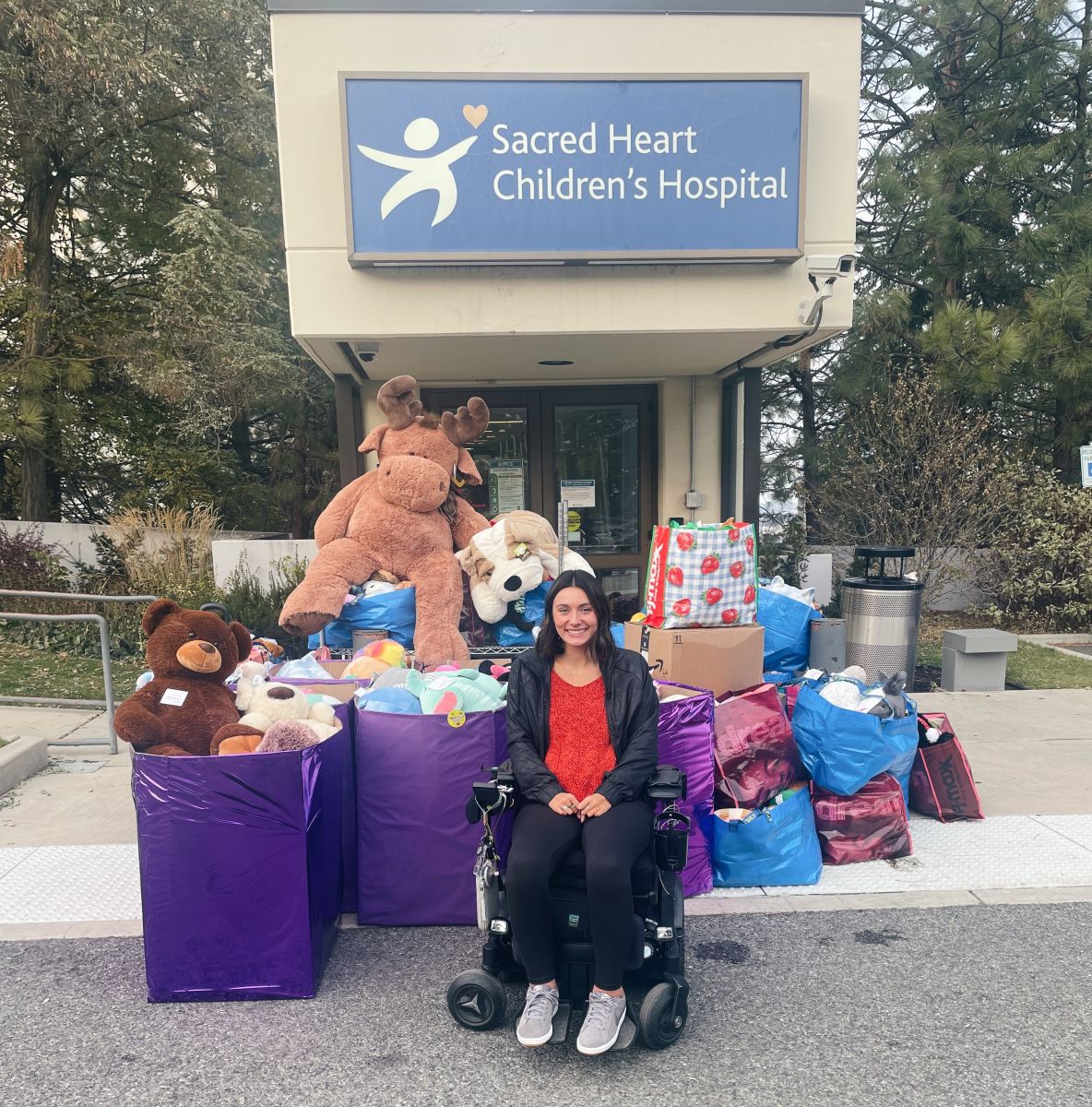 Stuffed Pumpkin
During this wonderful time with all the leaves turning brilliant colors and Thanksgiving and Christmas just around the corner...
MORE 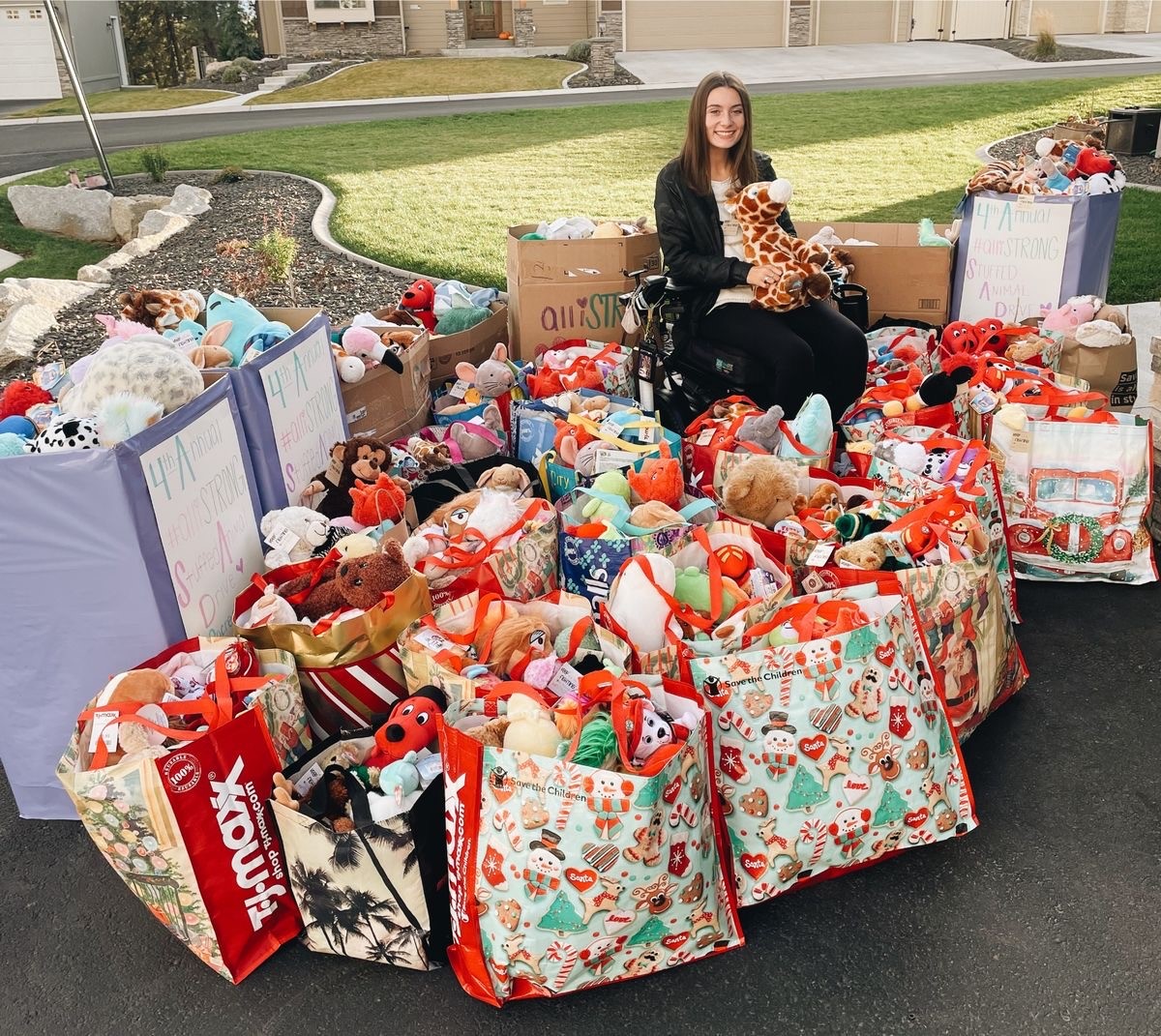 Alli Strong
This month, Steve and I want to tell you about a young woman that we have had the privilege of knowing for many years. It is the story of a woman.
MORE 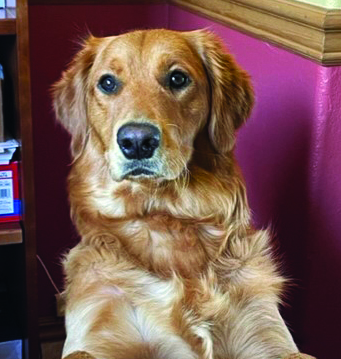 Our Puppy Mookie
Well as we head into the fall season I wanted to share a little story with you...
MORE